[Photo] A seminar on freedom of expression, the right to privacy and media ethics was held in Nis

Journalists and editors from media outlets from Nis and other south Serbian cities participated in a seminar on May 17 and 18, which was organized by the Council of Europe and the Press Council in Nis. The seminar brought together 29 journalists and editors, who examined  recent  European Court of Human Rights case law on the protection of privacy and personal data, the right to use images  and defamation, as well as the decisions of the Complaints Commission on these issues.

Representatives of the European Court of Human Rights and the Press Council also spoke about professional and ethical challenges on the Internet, as well as on the Guidelines for the Application of the Serbian Journalists’ Code of the Online Sphere, published  by the Press Council. Journalists and editors were able to see  that it is sometimes difficult to determine whether the text was written in full compliance with professional standards, since at a simulation they were acting as temporary members of the Complaints Commission and were deciding on possible violations of the Journalist’s Code of Ethics.

The next seminar will be held in June in Kragujevac. Seminars are part of the joint project of the European Union / Council of Europe titled “Strengthening the Judicial Expertise on Freedom of Expression and Media in South-East Europe” (JUFREX). 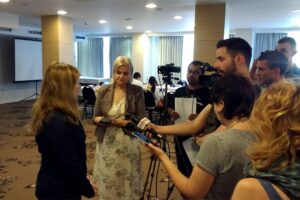 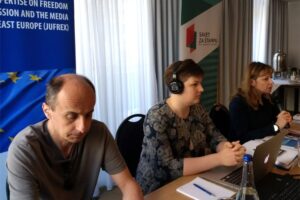 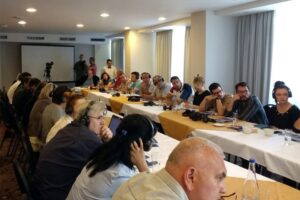 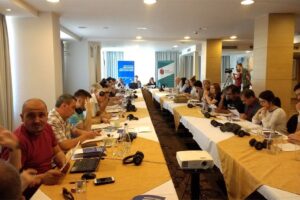